Great leaders DECLARE what will be, by when. 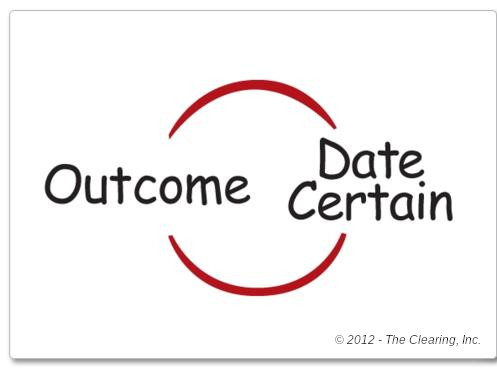 DECLARING sets your direction in unambiguous terms, and then spurs action. When a group DECLARES, they COMMIT to achieve a clear outcome by a specific date.

In the moment of DECLARATION, the order in which things are said and done is important. President Kennedy’s DECLARATION was an American to the Moon and back by the end of the decade; Mahatma Gandhi’s was a free India before his death. Babe Ruth’s was the next pitch over the left-field wall.

These leaders pointed; then they hit. Too many others swing often and when they do hit one over the wall, they stand at home plate and point. That approach is NOT declarative leadership.

When a DECLARATION is made with INTEGRITY, the language itself shifts from passive to powerful:

Great leaders do not achieve great things by accident. They intend great things to happen and in setting their intentions into a DECLARATION, they give power to the ideas that motivate others to act and cause the UNIVERSE to show up.